Hillbilly Elegy: A Memoir of a Family and Culture in Crisis by J.D. Vance
My rating: 4 of 5 stars

I heard about the book only because I’d seen a trailer for the movie starring 2 of my favorite actresses (Glenn Close and Amy Adams). Interesting read on hillbilly culture, and for much of the book the author tells his memoir at a good even pace. It was only at the end that the story felt off and muddled as he attempts to bring everything to a close.

A Promised Land by Barack Obama
My rating: 5 of 5 stars
Scratch that. This book is a 10+++

Being the first book of his that I’ve read, I found ‘A Promised Land’ beyond all expectations. What a fantastic and engaging memoir of Obama’s time in office, told from a point-of-view that is indeed, presidential in more ways than I can enumerate. A must-read. I can not wait for the 2nd volume.

Where the Lost Wander by Amy Harmon
My rating: 5 of 5 stars

As far as historical romances go, I’m not a big fan. But set it against an untamed landscape on a wagon train headed out through the ‘Wild West’ and you’ve got an extremely hard to put down read. I found the passages regarding horses, jacks, and raising mules particularly interesting. There is some violence and a rape scene (not overly explicit), but despite that, I would happily read Where the Lost Wander over again.

The Lost Village by Daniela Sacerdoti
My rating: 0 of 5 stars

This is not a historical romance. This is a Lifetime Movie reject in print. Nitwit main character. Cliches right and left. Italian words/phrases thrown in to pimp the pages. And one too many typos. The plot twist that several have mentioned at the end…oh mio dio! Dumbest.thing.ever. Hint: Beware of little old italian grandmas.

Trans-Siberian Adventures: Life on and off the rails from the U.K. to Asia by Matthew Woodward
My rating: 5 of 5 stars

I thoroughly enjoyed Woodward’s Railway to Heaven and wanted more of the same. This read was just as good. Love his writing style and humour.

Born A Crime: Stories from a South African Childhood by Trevor Noah
My rating: 4 of 5 stars

I’m embarrassed to say that I had never heard of Trevor Noah (I live in Italy) until coming across him on Instagram. His no-holds-barred style of narrative kept my interest until the very end; his descriptions of certain scenarios so vivid that you can’t help but go WTF?! Exceptional read.

The Song of Achilles by Madeline Miller
My rating: 4 of 5 stars

Better than the film Troy, where Patroclus was protrayed as Achilles’ younger cousin?! I appreciated how the story is told from Patroclus’ point of view; a completely different feel from what I’d have expected regarding a central character like Achilles. There are so many beautifully quotes in this book, one of which poetically closes to a bittersweet end.

“In the darkness, two shadows, reaching through the hopeless, heavy dusk. Their hands meet, and light spills in a flood like a hundred golden urns pouring out of the sun.” 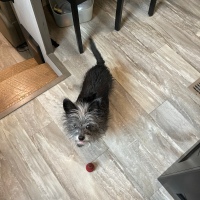 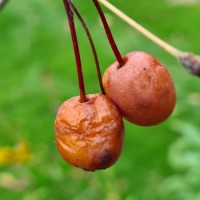 Join Bear and Me in Crafts, Pets, Cooking, Books, Photos and More!

Your Practical Guide To Self Reliant Living

The Cooking of Joy

Come View the World with me!

Getting Ready to Live the RV Retirement Dream

from my vegetarian kitchen to yours

HI COOKERY
Behind the French Menu

Our Adventures in Japan

RECIPES made in JAPAN

Living, Drinking and Eating in Burgundy

Cooking, baking and living in Rome: what's not to like?