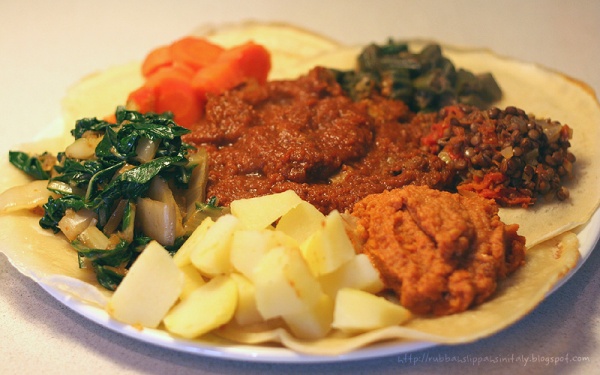 To begin with, Happy International Hot & Spicy Food Day! The title alone should give enough clue as to what the recipe will taste like, but to tell the truth, I had never heard of Eritrea, or its cuisine, until recently when we went into Milan to join some very cool and food-savvy friends for an ethnic dinner. Never mind that my world geography SUCKS, but I did have a vague idea that Eritrea was close to Egypt — I’ll tell you why I thought so in a bit.

If you’ve already been to a place featuring eritrean food, I hope it was as nice as Ristorante Warsa in Milan. The interior evoked an atmosphere that was mysterious yet inviting, where you sit at these low tables (I’m talking preschool level) on even lower wooden stools amidst a decor of faux animal skins and other curious paraphernalia. The star of the menu – Zighinì – is a One-for-All and All-for-One dish which is comprised of a spicy stew (vegetables, meat or fish) served on a platter that is lined with layers of spongy, flatbread rounds called injera. Small amounts of cooked vegetables and legumes grace the perimeter. To eat zighini you use your hands – no utensils – tearing off portions of injera and wrapping it around pieces of meat or the various condiments.

As mentioned earlier, I guessed that Eritrea had to be somewhere near Egypt after tasting the spiciness of the meat stew. Bordered on three sides by Sudan, Ethiopia and Djibouti, it only made sense as to why I thought of Cleopatra’s domain. Last November I made kushari, an egyptian specialty consisting of rice, pasta, lentils, chickpeas, onions, tomato sauce and the special touch, baharat spice. As it turns out, berbere used in eritrean cooking has nearly identical ingredients with the exception of a couple extra additions – tumeric and fenugreek seed. Culinary detective? I think not, only that when a cuisine is spicy such as this one, my tongue never lets me forget about it. 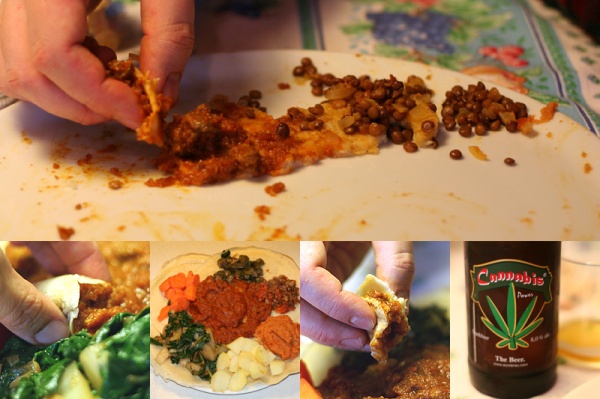 How to zighini for two

This is not a difficult dish, but it does take a lot of steps to bring it all together. Everything can be made earlier in the day before it’s time to tell your better half to lavare le mani (to wash the hands) before digging in.

Over a very low flame, cook the onions and garlic (without adding any oil) until softened; about 10 minutes. Add half of the water, clarified butter and berbere. I’d suggest starting off with 1 tablespoon berbere if you’re not sure on the heat level. Continue to cook on low heat until liquid is almost absorbed; about 10 minutes. Add tomatoes, tomato paste and remaining water. Raise the heat to a simmer and continue to cook for another 10 minutes until the sauce has reduced and thickened. It’s a lengthy process but this develops the flavor of the sauce. After the mixture has thickened, remove from heat and puree to a fine texture with a hand blender. Return to heat source and add the meat. Cover and cook on low simmer until the meat is tender; about 1 hour. Add extra water if it dries out too much. The consistency should be like a thick stew. Season to taste with salt.

This ethiopian flatbread is traditionally made from teff but cooks have substituted with a blend of 2 or 3 flours that are more readily available (to the dismay of purists). It’s similar to making crepes, only a little thicker, and you don’t need to flip it over to cook the other side. Recipezaar’s injera has helpful user reviews.

Vegetable and legume side dishes

Since it was just us two, I didn’t bother with extra recipes for tsebhi birsen (spicy lentils) or tsebhi shiro (chickpea puree), but they can be found on the same page as for the berbere spice blend. Apart from the steamed carrot and potato slices, I boiled swiss chard until tender, chopped the leaves then sautéed them in oil and seasoned it with salt plus a generous pinch of berbere spice. The lentil and chickpea dip was made adding the ingredients that goes into the sauce for the meat: minced onions, canned tomato, water, salt and berbere spice, only in much smaller quantities.

No need to fill in the blanks, but comments are moderated Cancel reply

This site uses Akismet to reduce spam. Learn how your comment data is processed. 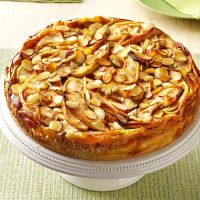 A Caribbean Girl’s View on the World!

For everyone who loves Cornwall's rock pools. Information about great beaches, marine wildlife and conservation.

from my vegetarian kitchen to yours

HI COOKERY
Behind the French Menu

Our Adventures in Japan

Scotland with the Wee White Dug - A Scottish Travel Blog

A Scottish travel blog showcasing the best of Scotland

Living, Drinking and Eating in Burgundy

Cooking, baking and living in Rome: what's not to like?